There’s a marketing lesson to be learned in most situations, as proven by the bizarre way the ‘Alex from Target’ episode is unfolding. 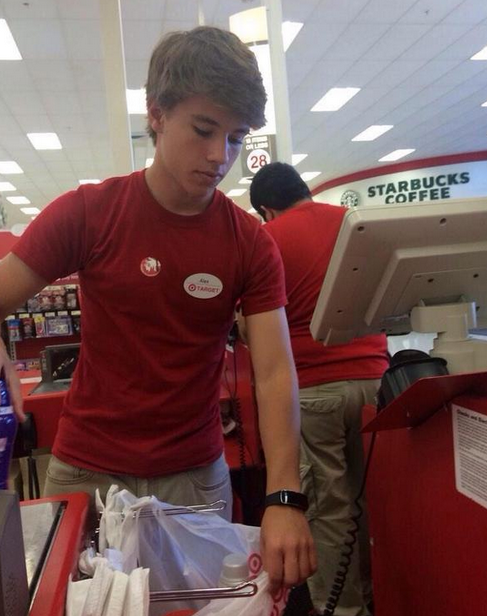 In short, the above image of 16-year-old Target employee Alex was taken a few days ago by a customer and uploaded to Twitter. Twitter users everywhere began sharing the photo, which spawned the lightning-speed creation of several memes as well as an #AlexFromTarget Twitter hashtag. People even started doing impressions of Alex from Target on Vine. 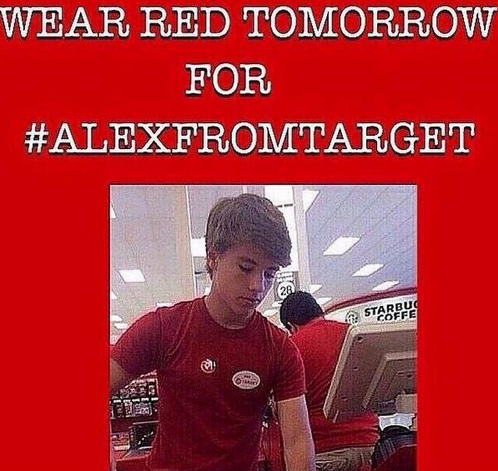 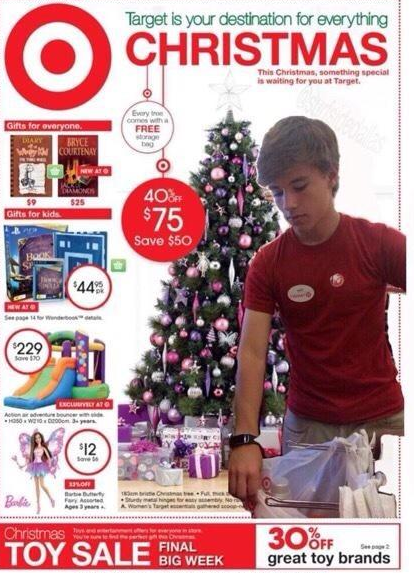 All was well and good for the first few of days. Alex quickly became an Internet sensation (he even tried capitalizing on it, tweeting: “If we sold AlexFromTarget merch would you guys buy it?”) and was invited on The Ellen DeGeneres Show. Even Target got in on the fun, tweeting out: “We heart Alex, too! #alexfromtarget.” 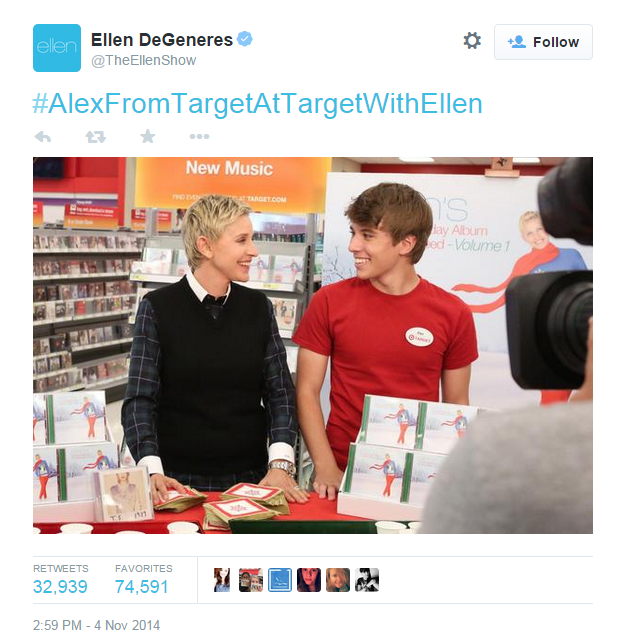 Things didn’t start getting sticky until a tech startup, Breakr, casually entered the picture claiming that it was responsible for creating the #AlexFromTarget hashtag. The company is self-described on Twitter as “the first multi-platform network for Generation Z.” CEO Dil-Domine Jacobe Leonares took to LinkedIn to explain it all:

Yesterday, we had fun on Twitter with the hashtag #AlexFromTarget which ended up to be one of the most amazing social media experiments ever. We wanted to see how powerful the fangirl demographic was by taking [an] unknown good-looking kid and Target employee from Texas to overnight viral internet sensation. Abbie (@auscalum), one of our fangirls from Kensington, UK posted this picture of Alex Lee (@acl163) on Twitter. After spreading the word amongst our fangirl followers to trend #AlexFromTarget, we started adding fuel to the fire by tweeting about it to our bigger YouTube influencers.

Company officials have clarified that the brand is not taking credit for uploading the photo but rather jumping on the opportunity to create a targeted hashtag toward its signature “fangirl” population. 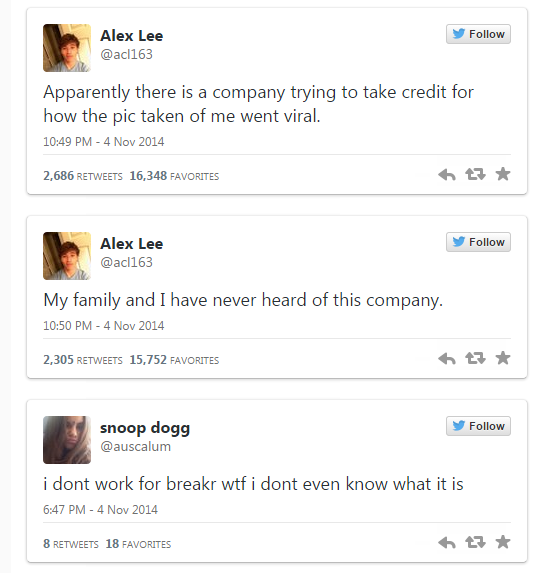 Okay, sounds pretty realistic.That is, until Alex Lee himself as well as Abbie (@auscalum) came out of the woodwork to call Breakr out for misleading the public. Alex tweeted: “Apparently there is a company trying to take credit for how the pic taken of me went viral … My family and I have never heard of this company.”

Meanwhile, Abbie—who Breakr claims is one of its fangirls—tweeted out that she doesn’t work for Breakr and doesn’t even know what it is. In fact, in doing some research of my own, I found that Abbie doesn’t even follow Breakr on Twitter—at least not at the time this blog was posted.

There are a couple of quick takeaways that I have about this incident from a content marketing perspective:

So, what do you think? Genuine social experiment or hilarious, unintended Internet sensation? Let us know in the comments section below!