Social media blunders can be extremely funny—until your organization is on the wrong end of the joke. In 2014 a large number of brands found themselves in the unenviable position of apologizing for social media gaffes which garnered negative media attention. Here are five of the worst social mistakes of 2014: 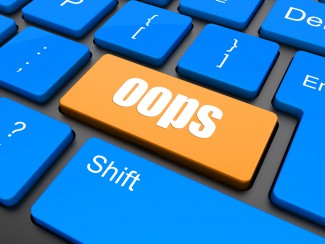 So how can you avoid being the next victim of a social media catastrophe? Most, if not all, of these incidents could have been avoided with a little more thought and planning. Many marketers, however, are tied up with so many different duties that social media takes a back seat and posts are often made hastily, which is how these incidents typically occur.

Outsourcing social media management is a great way to make sure your organization is making use of various social sites without placing an added burden on your marketing team that can ultimately lead to costly errors. You can turn over social responsibilities over to a team of experts and rest easy knowing the job will be done right.

After all, no business wants to end up on this list next December.

Known around the office as the unofficial (or official if you ask him) “Content Boost Mayor,” Eric Lebowitz is one of Content Boost’s Digital Content Editors. Before joining the team, Eric worked in development at the Child Guidance Center of Southern Connecticut in Stamford, Connecticut, and “Golf Digest Magazine.” With experience in account management and content creation, Eric has helped dozens of clients bolster their Web traffic and customer acquisition.  When he’s not cracking jokes in the cubes, you can find him on the golf course working on his handicap. He’s also a recent newlywed. Eric earned his Bachelor of Arts and Sciences in Journalism from Purchase College in Purchase, New York.