Oreo nailed it with its Great Gatsby inspired tweet that it posted on the film’s booming opening day last Friday.

While the tweet never specifically mentioned The Great Gatsby by name, it alluded to some of the story’s main points including the iconic and symbolic Doctor T.J. Eckleburg billboard—promoting an optometrist’s practice but also serving as a reminder of the growing commercialism of America and the emergence of the American dream—and J. Gatsby’s affinity for calling everybody “old sport.”  Perfectly tying it into the Oreo brand, the company shared a tweet that read “A Great story calls for a great cookie.” 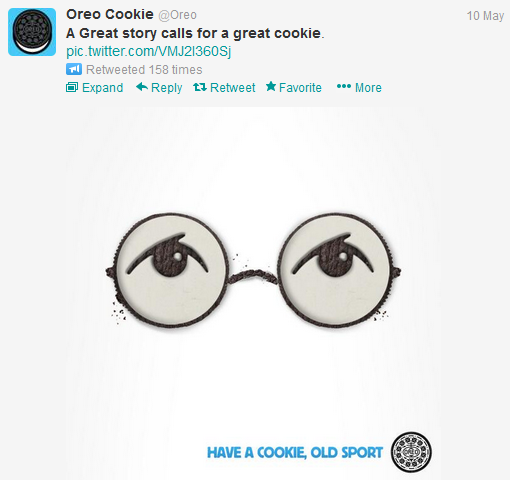 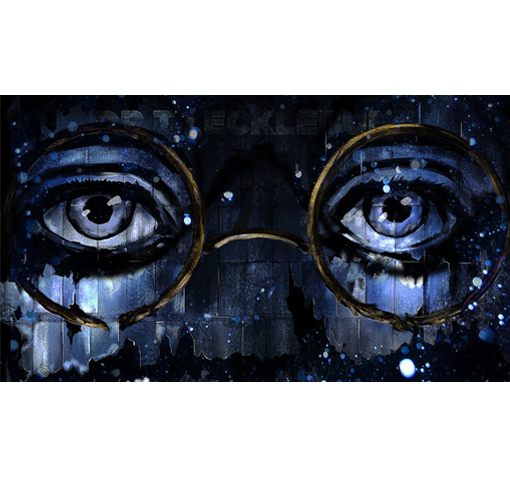 So many tweets were going out on the movie’s opening day that it was easy to get lost in a sea of the same five F. Scott Fitzgerald quotes being widely circulated and the random posts made by companies trying to connect their brand to the story of Gatsby in any way possible. Because Oreo did not directly mention the title of the book, the tweet felt organic; it was not forced for the sake of gaining followers through the trending title.

In fact, it seemed more that Oreo was a genuine fan of the novel, showing appreciation by using two of the most iconic elements in a creative and artistic way. Ok, it also helped promote its brand, but the tweet didn’t feel like the beloved cookie company was cramming marketing messaging down our throats.

Oreo playfully recreated a recognizable image using two halves of Oreo cookies. You see the image and, if you read the book or saw the film, immediately know where it’s from. The tagline “Have a cookie, Old Sport” are words that could have come straight from the lips of J. Gatsby himself. With the combination of clever image and copy, Oreo is a cookie after my own heart and the hearts of The Great Gatsby  fans everywhere.  It’s no wonder this tweet drew in over 150 retweets.

How can you use this in your own content marketing efforts?

Create clever images and copy Use fun images and whimsical text. Get creative, even artistic! Oreo manipulated their product in unique way to help get the message across. Try the same in your next campaign.

Keep it simple Don’t clutter your space with busy images or too much text. Keep it clean, simple, and concise.

Don’t be too promotional Feel free to reference the current big thing in pop culture, but try not to come across as overly promotional. You don’t have to scream your point, a tasteful nod will often times suffice. If your messaging feels forced, your audience will notice.

One Reply to “A Win for Oreo’s Great Gatsby Tweet”