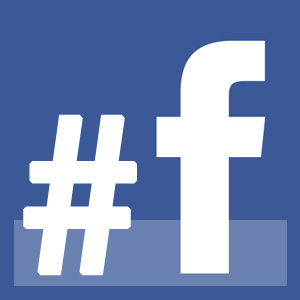 Facebook has taken a page out of the Twitter/Instagram/Pinterest book and has introduced searchable hashtags to its platform. If you aren’t familiar with hashatags, they allow users to put the “#” symbol in front of a word or phrase in order to categorize it and make it easier for users of similar interests to find. The goal: to drive more engagement and conversation within the platform… and, of course, there is probably a revenue model in there for the social network.

The social networking giant noted in its blog post on Wednesday, “Every day, hundreds of millions of people use Facebook to share their thoughts on big moments happening all around them. …To bring these conversations more to the forefront, we will be rolling out a series of features that surface some of the interesting discussions people are having about public events, people, and topics. As a first step, we are beginning to roll out hashtags on Facebook.”

Since hashtags are now clickable and searchable, users can more easily than before find conversations around specific topic. Hashtags will work with each user’s privacy settings. For example, if an individual chooses for a post to be viewed by only his or her friends, then the hashtag will not show up in searches outside of that user’s network.

The question on every marketer’s mind now is, ‘How will hashtags affect my business’s Facebook strategy?’ Well, there are a few ways.

The first is that hashtags will allow users who are interested in your topics to find your company’s page. If someone searches for #contentmarketing and you include this hashtag in your posts, you will show up in their search results. Since users are now more likely to find you on Facebook, they are also more likely to interact with your page. My sense is that there will eventually be an advertising option around Facebook hashtags. Perhaps it will be similar to Twitter’s in which promoted posts are emphasized at the top of the page.

Only time will tell the success of hashtags on businesses. Will you be using them? Let us know in the comments!

One Reply to “#Facebook Rolls Out Hashtags – How Can Your Business Take Advantage?”