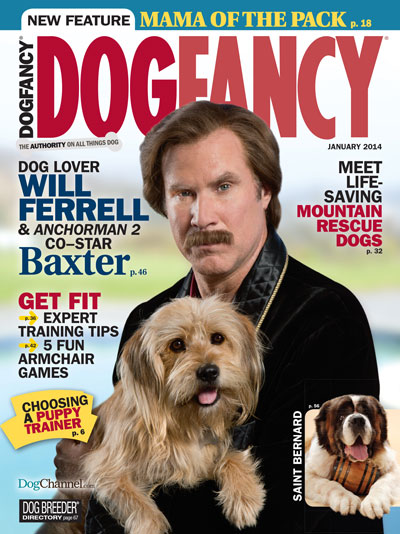 In the lead up to the release of Anchorman 2: The Legend Continues, actor Will Ferrell (appearing in-character as fictional news anchor Ron Burgundy) has gone on a marketing bonanza. In addition to showing up in nationwide commercials for Dodge trucks, Ferrell has appeared on a local news broadcasts out of North Dakota, a curling event in Canada and was even in-studio for a radio show in my hometown of Milford, CT.

I first caught wind of Ferrell’s appearance in Milford through Twitter. Many people were shocked that Ferrell would be spending time in a city of just 50,000 people, but this didn’t surprise me at all. In the same way that every company and brand must discover their identity and personality, it was clear that Ron Burgundy would absolutely want to appear on camera as many times as possible.

The team behind Anchorman 2 even gave Ron Burgundy a reason to be out promoting himself, beyond the abstraction that Will Ferrell was playing him in a movie. The character had written an autobiography, “Let Me Off at the Top,” which is an actual book that you can purchase.

Like all great content marketing initiatives, Ron Burgundy is promoting his brand, rather than just a single book, such as in his appearance on the North Dakota news broadcast. Will Ferrell, as Burgundy, simply did his best to be a serious news anchor, which ended up being hilarious. In the same way that companies can show their worth by being thought leaders within their industry, the idea is that if people find Ferrell’s appearance to be humorous, they will seek out what he is working on next and find out that Anchorman 2 is playing in theaters.

It’s also worth noting that in today’s hyper-connected world, material that once would have stayed hidden has a greater potential to go viral. Speaking about the perception that the promotional push for Anchorman 2 has been greater than that of the 2004 original Anchorman movie, director Adam McKay dismissed such a notion. “I don’t think we did anything different this time; it was just weird that everything got picked up,” McKay said.

Such a comment is especially telling when it comes to your business’ content marketing initiatives. If a piece of content was great ten years ago, it may not have gotten the right exposure. In 2013 (and 2014), there is potential for a great piece of content marketing to get exposed to more people than ever before. As Ron Burgundy once said, “I don’t know how to put this, but I’m kind of a big deal.” It’s time for your company to start saying that same thing to the world.