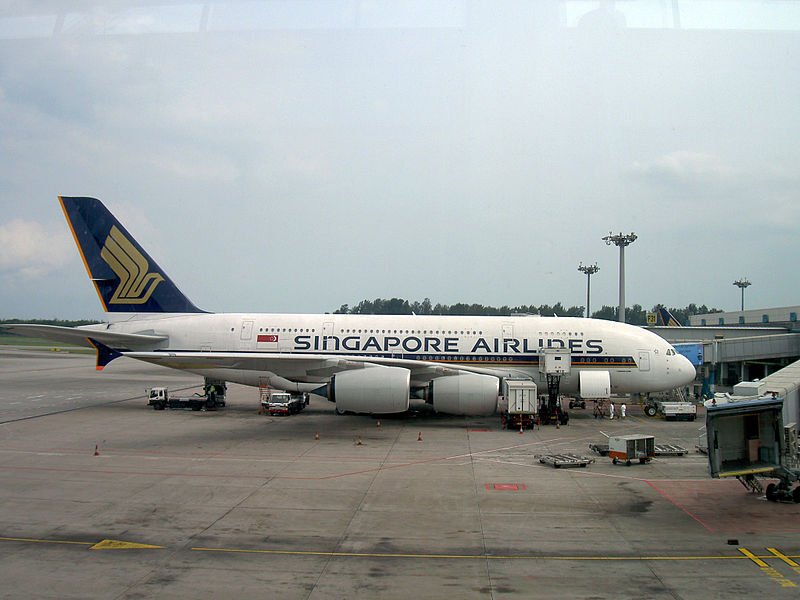 Most of us don’t like forking over a couple hundred bucks for a plane ticket that will take us from New York to San Francisco. And save for people like Bill Gates, Leonardo DiCaprio or Derek Jeter, practically no one could imagine dropping $18,400 for a flight.

But that’s precisely what Derek Low, a Singapore-based entrepreneur, did in September 2014.

Ever since Singapore Airlines introduced its Suites Class in 2008, Low  wondered about the luxurious travel accommodations. Those high-priced digs include a private cabin, flat screen television, high-touch concierge services, bottomless food and drink and even a double bed with a legit mattress.

Unfortunately, mere plebeians can’t afford a ticket in Suites Class. But Low had racked up a slew of frequent flier miles, so he says, and used them to land a Suites Class ticket from Singapore to New York City.

“Formerly, the only way for an average person to fly in the Suites was to take out a bank loan,” Low writes in a blog post about his adventure. “And then I remembered that most of my personal net worth exists in frequent flier miles rather than cash.”

Low thoroughly documents his experience in this blog post, which is totally worth the read if for no other reason than to feel like royalty for the day. That and the whole trip is documented via photographs. You can almost taste that caviar. . .

I’m willing to wager that no one who reads this blog post will ever end up  inside of one of those Suites Class cabins. But there’s still a lesson to be learned from Low’s travels.

By creating a product or service that is so mind-blowingly amazing, Singapore Airlines really doesn’t even have to market it that much. Thanks to people like Low, thousands—millions?—more people will become familiar with their utopian airline accommodations. And you have to imagine that at least a handful of them will be extremely rich people who before Low’s blog didn’t even know the service existed.

By creating something great and truly transformative, people will evangelize on your brand’s behalf, doing all the marketing work for you. So strive for perfection—you never know when you might strike it.

Before this “hard-hitting news guy” came to Content Boost, Justin Reynolds was serving as an editor for AOL’s Patch.com in Fairfield County, Connecticut. As one of Content Boost’s Content Producers, Justin draws on his extensive news background to help clients conceptualize and create quality content that converts. Justin has a particular fondness for the written word—he’s had three poetry chapbooks published by various small presses—and particular distaste for both jeans and American cheese. Fun fact: He’s been to 44 states. His favorite? It’s a tossup between New Mexico and Montana.