This past Sunday morning, pop music behemoth Taylor Swift wrote an open letter to Apple, explaining why she was not making her most recent smash hit album, “1989,” available on the company’s streaming service, Apple Music. 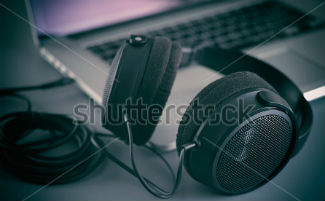 Swift took issue with Apple Music’s promise of a three-month free trial of the service, during which time the artists whose music is being streamed would receive no compensation from the technology giant. At first glance, it may seem as if Swift fell into the same trap that tripped up hip hop superstar and business mogul Sean Carter (aka Jay Z) when he launched his own streaming service, Tidal.  For the Tidal launch press conference, Jay Z gathered 16 of the biggest names in music—who are also stakeholders in Tidal—as a show of solidarity and support for a new streaming model.

During the event, Carter lamented that music had been devalued and many of the artists spoke about wanting to drive change on the business side of the music world. But the press conference came off as tone deaf to many who found it offensive that wealthy musicians would call a press conference to essentially complain about not being paid enough. Many critics also snickered at how seriously the artists appeared to take both themselves and the cause, as social media exploded with comments about the musicians acting like they were “curing cancer.”

Swift’s open letter to Apple, however, has been met with almost universal praise despite touching on similar themes. Why? Because of the way the message was delivered. In her letter—which was originally posted to her Tumblr page—Swift explicitly stated that she was not concerned about her own financial well-being, but was taking a stand for up-and-coming artists trying to make a living in the music business. Swift also complimented Apple in the letter, calling it an “incredible company” and writing that she believed the corporation could be the first to develop a truly fair streaming model for artists.

Apple took less than 24 hours to reverse course after the letter was first published, agreeing to pay artists during the trial period; as a result Swift is being lauded for leveraging her popularity—“1989” was the best-selling album of 2014 and would have created a noticeable absence in the Apple Music Library—to champion lesser-known artists.

The moral of the story is simple. Whether you are a pop star or a business, maintaining a positive brand image is largely about carefully choosing words that appeal to your target audience. And of course, it never hurts to fight for the little guy.

Known around the office as the unofficial (or official if you ask him) “Content Boost Mayor,” Eric Lebowitz is one of Content Boost’s Digital Content Editors. Before joining the team, Eric worked in development at the Child Guidance Center of Southern Connecticut in Stamford, Connecticut, and “Golf Digest Magazine.” With experience in account management and content creation, Eric has helped dozens of clients bolster their Web traffic and customer acquisition.  When he’s not cracking jokes in the cubes, you can find him on the golf course working on his handicap. He’s also a recent newlywed. Eric earned his Bachelor of Arts and Sciences in Journalism from Purchase College in Purchase, New York.