If a picture is worth a thousand words, then a video is truly priceless. Or at least, because of the rising ubiquity of content marketing methods, it is. 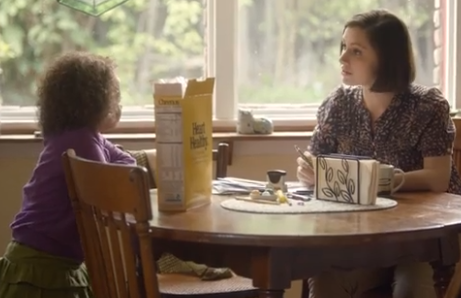 Commercials are nothing new in the advertising foray (for some of us, they’ve been around as long as we can remember). In fact, some commercials are so wonderfully crafted that they remain ingrained in our memories forever. For example, Wendy’s 1984 “Where’s the Beef?” advertisement went on to become a widespread catchphrase in most of North America. And who can forget Apple’s iconic 1984 Super Bowl commercial, which introduced the Macintosh and made viewers swoon 25 years later? It is commercials like these that take brands and turn them into legends.

Commercial television advertising surfaced in the 1950’s amidst a tumultuous time of social change, strife and activism. Commercials began to reflect these changing and oftentimes controversial times and still do today. Recently, Amazon dared to release a new commercial promoting its flagship Kindle Fire product – as well as gay marriage.

Perhaps the best – and worst – aspect of the modern, digital marketing age is that once traditional TV commercials can be promoted via multiple social channels. Take YouTube, for instance; the site hosts millions of videos with 600 plus uploaded every 60 seconds. While this is a great platform to expand your brand and get your customers’ viewpoints, it can severely backfire, as seen with Cheerios’ latest commercial called “Just Checking,” which promoted the brand’s popular cereal and interracial marriage.

The commercial was apparently so controversial among today’s viewers (mind you, some 40 years after the civil rights movement) that the company had to disable the comments section of the video after it surfaced on YouTube due to hate comments referencing Nazis and racial genocide. The video – which shows a biracial daughter, her white mother and African-American father –has accumulated over 1,700,000 views on YouTube; however, the comments section is still disabled as of today.

There are a few lessons to be learned here.

The first would be that content marketing is still very much subject to social scrutiny and bias, no matter how far we think we’ve progressed. The second is that despite this, we as content marketers still need to promote values that we believe are ethical, fair and moral – no matter how much backlash or opposition we receive.

Whether you’re posting a tweet, uploading a video, releasing a new whitepaper or sending out a company eNewsletter, hold true to what you believe your brand should represent and you’ll never steer wrong.

And last but not least, it’s important to remember that in content marketing, it’s sometimes better to say nothing as opposed to too much. In this case, Cheerios made a tasteful and clear-headed move by simply disabling the comments section while keeping the video available for customers to view.

What do you think of this commercial and what it can teach content marketers?