Imagine for a moment being a caveman in the prehistoric times. You’re creating cave paintings and sending out drum and smoke signals to effectively communicate or relay messages to your community or those around you. It could take days or weeks for your message to be properly relayed – if it gets relayed at all.

It’s almost unfathomable to think that at the time, these were the most sophisticated methods of communication available. Believe it or not, but today’s modern marketing methods still cling close to these prehistoric roots in some pretty notable ways. Of course, they can differ just the same, as depicted by an infographic from Optimal Targeting released today.

A Different Change of Pace

This prehistoric age undoubtedly required major attention to detail, patience and a great deal of time. Fast forward to the present day and we barely have enough time to complete the basics of stopping, looking or even listening. As content marketers, this lack of attention poses a very significant problem. It’s kind of ironic considering what a recent Optimal Targeting infographic calls today’s “communication superhighway,” which includes widely accepted social media platforms like Facebook, YouTube, Instagram and Twitter.

But We Both Get the Picture

No matter the time period, we’ve always lived in an age where neither words nor images are enough on their own; rather, they are a necessity to one another. Sure, our brains can comprehend text on its own just fine (something that our prehistoric predecessors’ obviously couldn’t), however, if they could have, they would have.

Bottom line: text just doesn’t capture our attention the way that images do (think about how hard it was studying for your college finals with just a pile of textbooks). The infographic offers a comprehension test to show just how advantageous the combination of text and image is for our brains when trying to understand a message: 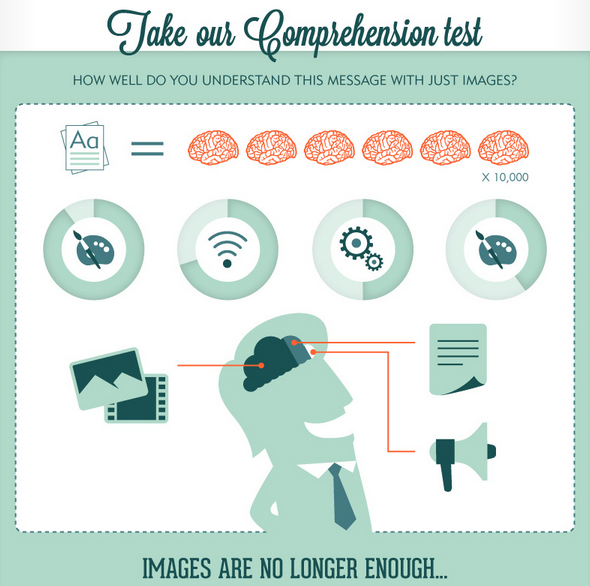 Next, it offers another image of how the message is relayed using both text and images. Because the brain processes visuals 60,000x faster than text and people remember images four times as better than plain text, this becomes a no brainer for content marketing purposes. 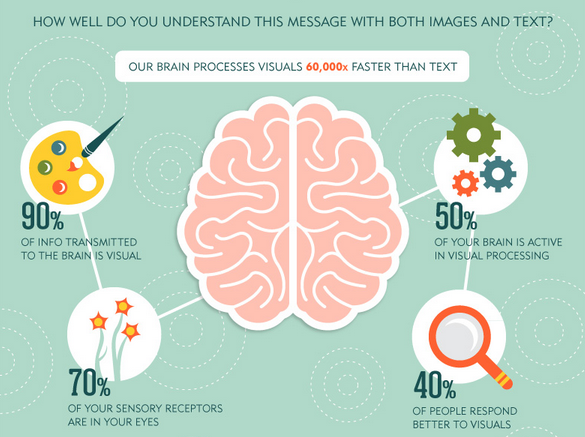 So in the end, today’s content marketers have more in common with those who painted images on cave walls tens of thousands of years ago – despite some drastic differences.

One Reply to “From the Prehistoric Age to the Social Media Craze: Marketing Comparisons and Similarities”