I’m sure by now you’ve heard of the Internet phenomenon that has been the apple of Google Search’s eye over the last 24 hours. Of course, we’re talking about Horse ebooks. In a perplexing occurrence, Horse ebooks went from being barely recognized one day to sole obsession of the mass public the next – with myself included. And if you’re anything like me, you had – or perhaps still have – no clue as to what Horse ebooks even is.

Just so you’re no longer in the dark, Horse ebooks is a widely perceived spam Twitter account which was originally intended to promote ebooks. However, the ways in which the account did this were particularly unconventional and included odd –albeit amusing – non sequiturs. These non sequiturs (see below) were apparently an effort to evade spam detection, which results in the shutdown of an account. The account also tweeted multiple times per day – most of which receive hundreds of re-tweets and favorites.

What’s most interesting about this is that unlike many other Twitter spam accounts, Horse ebooks never implemented strategies of mass-following and unsolicited replies to Twitter users. As of today, the account boasts over 217,000 followers and has sent out over 18,800 tweets. This is what attracted the attention of many, all who began to wonder how this seemingly spam-filled account managed to garner such a steep number of authentic followers.

This all culminates to yesterday’s announcement, where it was revealed that Horse ebooks was part of a conceptual art project staged by media outlet Buzzfeed employee, Jacob Bakkila. The account’s creators officially revealed themselves at a NYC art gallery on September 24. 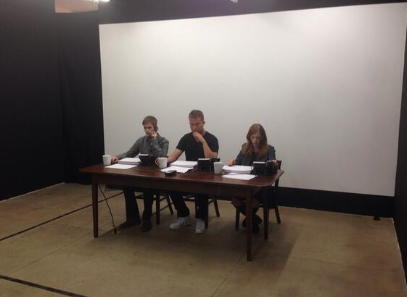 After the big revelation in which it was uncovered that humans – not spambots – were behind the account, the Internet went wild in a quest to discover just what and who Horse ebooks really is. Not only was the account named one of the best Twitter feeds by UGO Networks back in 2011, but it has also become a source of inspiration for fan art, fan fiction and even unofficial merchandise.

So what’s the lesson here? Even the most jumbled up, seemingly cryptic content strategy from a simple Buzzfeed employee is still a strategy, nonetheless. And it’s a strategy that can really work. It successfully bolstered brand awareness, strengthened loyalty among its community of fans and even formed a cult following.

While Horse ebooks was a little bizarre and most times made absolutely no sense, it was still a strategy that involved creating and sharing custom content via the official Twitter account. Ask yourself whether your company’s Twitter account has over 200,000 loyal followers. If not, you might reconsider Horse ebook’s mysterious logic.

One Reply to “Even Horse ebooks Has a Content Strategy”