Many brands have jumped on board the social media bandwagon, but there are a few who have made an exceptional impact. Old Spice, Sephora, and Lay’s recently ran campaigns with exemplary results that all companies can learn from.

You can’t talk about successful social media campaigns without a mention of Old Spice. The campaign features the “Old Spice Guy,” aka “The Man Your Man Could Smell Like,” who is strong, charming, and smells great. The series of videos are quick, witty and comical. The best part of this campaign? The “Old Spice Guy” responded to their fans in real time through video.

Why it worked: Social media wasn’t used to broadcast a marketing message. It connected users with a real person (well, an actor in this case). The character interacted with users and made them feel like they were part of the brand. He didn’t wait until his audience forgot they sent a tweet or Facebook post. He responded in real time, which kept the excitement of the campaign running strong. On top of that, the video responses were fun and easy to share – a perfect mix for social media. The campaign resulted in a 106% increase in sales and hundreds of thousands of new fans. 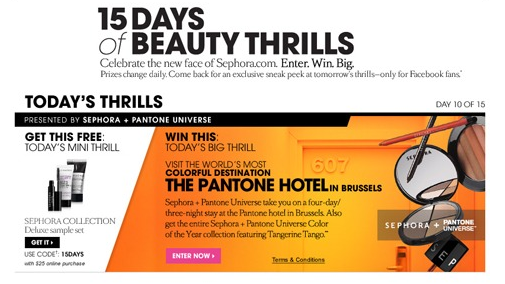 When the brand launched its “15 Days of Beauty Thrills,” fans rejoiced. Each day Sephora would give away a free product with a customer purchase and a chance to win a “big thrill” like a trip to Paris, a Fiat complete with Gucci interior, a shopping spree and more. The Facebook promotion was open only to fans who “like” the page.

Why it worked: What do women love more than beauty products? Free beauty products and luxurious prizes. By leveraging the support of their partners, Sephora was able to give away coveted items that women truly wanted, even if that meant they had to make a purchase to get them. Throw in additional “big thrills” and you have yourself a winning campaign. Engagement rates spiked for the duration of the campaign, website traffic increased, and the fan base grew at about 6x the normal rate. 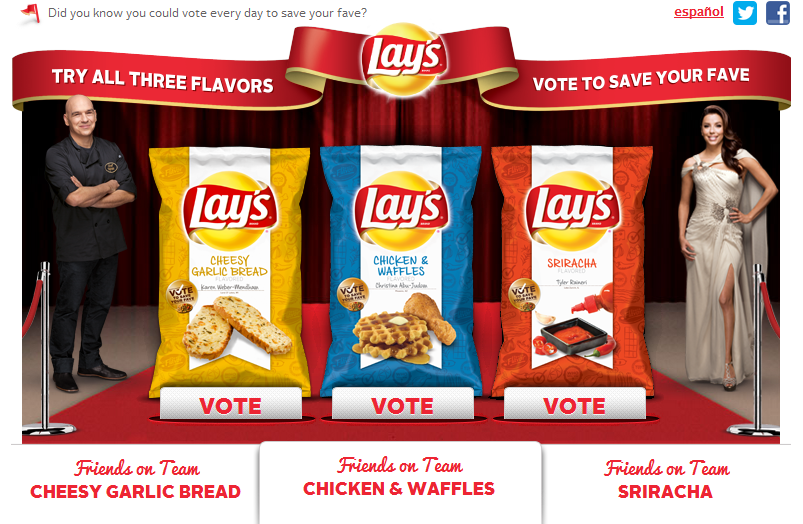 In honor of Lay’s 75th birthday, the brand recently launched its “Do Us a Flavor” campaign. Facebook fans submitted ideas for new potato chip flavors. Three finalists were selected and once the winner is chosen, that individual will win $1 million. The contest has inspired foodies and non-foodies alike to submit their best ideas in hopes of seeing their creations on grocery store shelves and win a hefty cash prize. The public is currently voting on their favorite flavors and a winner will be soon chosen!

Why it worked: While the campaign isn’t over yet, I think it’s safe to say it has been a success. Millions of users participated on Facebook to submit their flavor ideas before the final three were chosen. They are now available on store shelves, but good luck finding them – most stores have sold out! The campaign has increased sales and massively increased engagement on their Facebook page.

The takeaway from all three of these campaigns is that engagement and interaction with your audience is essential. Social media is a perfect solution for connecting with your audience, hearing your customers ideas and allowing users to genuinely connect with your brand.

2 Replies to “3 Brands to Learn From on Social Media”