Every minute, 100,000 new tweets are published and six million Facebook pages are viewed, and these numbers only represent what happens on the Internet every 60 seconds. Can you imagine what this will look like in the future? Allow us to put this into perspective for you.

This means in just two short years, networked devices will supersede the global number of human beings utilizing them. We all know that social and mobile go together like peanut butter and jelly – imagine what unique business opportunities this leaves ripe for the picking. April is almost over, which means its signature showers have planted seeds for some fresh new social media strategies to grow. Here are some ideas to get you started. 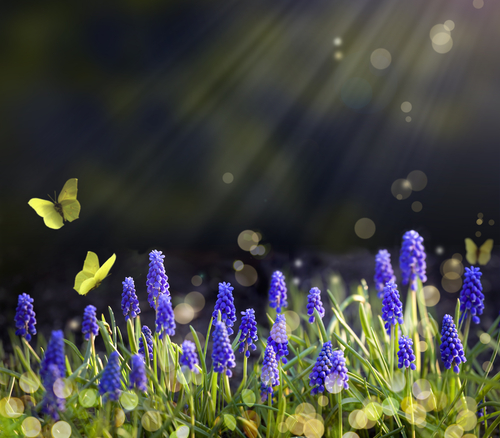 Sure, you can have a fan page, but how are you utilizing that page? Statistics show that since its inception, over one million websites have integrated with Facebook in one way or another. So how can you make sure your Facebook fan page stands out?

Clarisonic: In the past, the company has uniquely leveraged its Facebook fan page to support important company initiatives. By announcing that it would pledge $1 to charity each time a Facebook user “liked” its page, it raised $30,000 to support women with cancer – while also boosting its Facebook fan base by an incredible 80 percent.

2.) Give Away Some Free Stuff with No Strings Attached

You customers will always love free stuff (who doesn’t?)

Kate Spade: In the past, the company has offered free samples of perfume on its Facebook page with absolutely no gimmicks, and last fall, launched an interactive instant win game that allowed its Facebook fans to win coveted prizes of high retail value. It’s these kind of tactics that have enabled the company to gain over 780,000 Facebook fans. Of course, you can take to Twitter or Pinterest to do this as well.

This can apply to tons of industries. Take your typical brand awareness strategy one step further by holding an engaging customer contest on Pinterest, which is becoming one of the best platforms for doing so with a very quickly growing user base.

Williams-Sonoma: Williams-Sonoma is currently asking members to “pin it to win it” by sharing their delicious and good-for-you recipes on Pinterest for a chance to be one of three winners, with first place winning a $100 gift card. The contest ends April 30.

These excellent examples prove that all it takes is a little out-of-the-box thinking to quickly and successfully expand your brand – and increase sales – using social media!