The length of one’s attention has a lot to do with age. Think about it… if you give a 10 month old a red plastic block to play with, he will taste it, feel it, and even throw it. The block grabs his attention for a few minutes at least. If you give the same block to a 10 year old, however, he will just throw it at you within seconds!  Chances are the pre-teen already knows the texture, understand not to eat it and won’t give it a second thought.

Does the same hold true for adults?

According to Statistic Brain the average length an individual watches a single Internet video is 2.7 minutes. This is an average of all the videos out there which are in the billions. Surprisingly though, even with such a limited attention span, video is the best way to get someone’s attention for a consistent amount of time.  According to YouTube over six billion hours of video are watched each month on the site, 100 hours of video are uploaded to YouTube every minute and, according to Nielsen, YouTube reaches more US adults ages 18-34 than any cable network.

Other research from Tubemogul shows that 89% of people watch no more than 10 seconds of video, and just 23% will watch two minutes of video. This tells us that a marketer has roughly 15 seconds to present something worth watching to retain the adult viewer. Just 15 seconds! 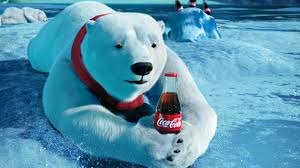 It seems we aren’t far from the toddler after all; in essence from the time we are young up until our adult years we all crave interesting and captivating content.

So as a marketer, make sure you know your audience. And  understand that their behaviors might not be all that different from a toddler.

One Reply to “Do you Know the Length of Your Audience’s Attention Span?”